Zimoun about the Connections between Sculpture and Music

"My pieces create spaces that one can enter, stay in and leave again. There is no true beginning or end."

If you enjoyed this interview with Zimoun, visit his official homepage for more information and recent exhibition dates.

Can you talk a bit about your interest in or fascination for sound and sculpture and the relationship between them? What were early experiences which sparked it?

Since an early age I was playing various instruments, started to create small compositions, was playing with others, next to exploring visual textures and activities while experimenting with old Xerrox machines, paint or analog photography.

Just before I started to work with mechanical systems in my early twenties, I was experimenting with multi-channel sound systems and I did compositions for a number of speakers spread out in the space. At the time, I was mainly working with pre-recorded sounds of physical materials such as for instance sounds of paper.

Driven by a minimalistic approach and thinking, I then started to wonder how I could get the work even more direct and create sounds in real-time on site in the most immediate way, as opposed to recording them first and playing them later after some digital or analog processes.

At that moment in time, the experimentation with mechanical systems began and the visual intensions merged together with sound and space into the installation work I am currently doing.

Which artists, sculptors, and approaches captured your imagination in the beginning?

I see almost everything as being inspiring in a way or an other somehow. Not necessarily other artists only, but also nature, architecture, society, science, philosophies, engeneering, technology, behavors, systems and organisms ... it seems endless …For instance I am always fascinated by any kind of experts who are obsessed with what they do and therefore know a lot about their specific field. It inspires me to be in exchange with such people.

For a while I was regularily in touch with Danielle Mersch, a scientist who was working at the Ants Laboratory at the University of Lausanne at that time. She is specialized in the research of the social behaviour of ants. She showed me the ants lab and all the research they are doing and its current state, passed me current papers and demonstrated how they work and the methods they use. It was highly fascinating, super interesting and totally inspiring on various levels.

The artist I was studying the most in my late teens was John Cage. I was not mainly fascinated by the works he created, but by his personality, his understanding of all kind of noises and silence in a musical context, as well by his thinking about sound, society, the world and universe, and all the methods and principles he developed to create his works.

What's your take on how your upbringing and surrounding have influenced your sonic and sculptural preferences?

Ever since I can remember, instruments have always been present in my family and I guess I started trying them out and experimenting very early. Pianos, guitars, drums and timpani, small percussion instruments, and so on ... 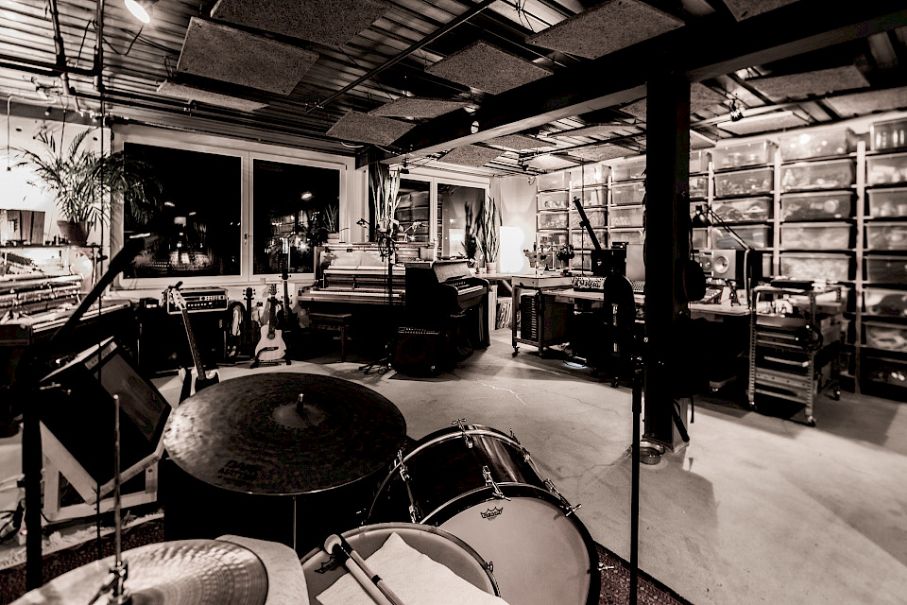 My parents also both played some instruments. My mother usually did wake me up for school playing the piano and my father always had a workshop where I also spent a lot of time building whatever kind of things. I think all these things had positive effects on developing a desire to experiment with instruments and materials. 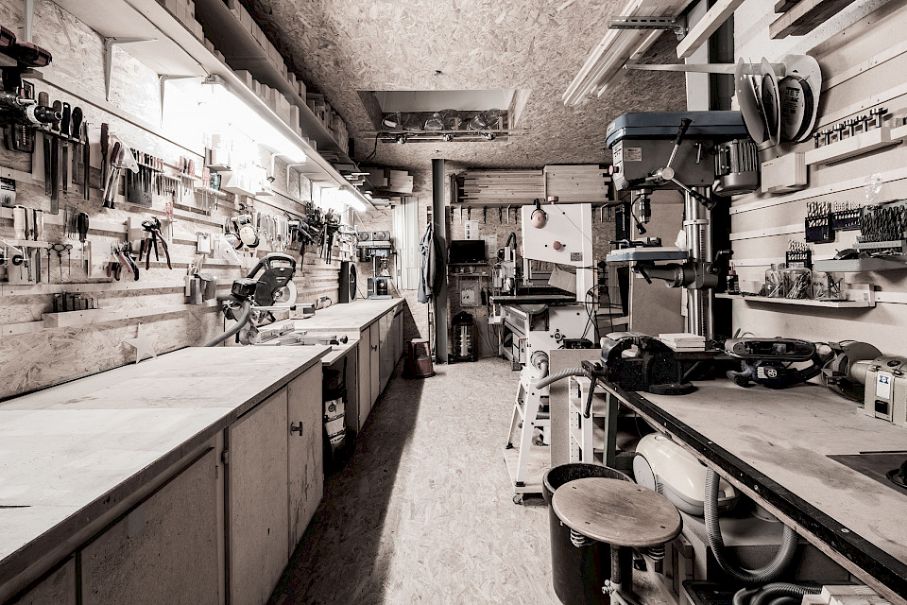 What, would you say, are the key ideas behind your approach to music and working with sound? Do you see yourself as part of a tradition or historic lineage?

At the same time, I don't feel at all related to the world of kinetic art, even though my installations do, after all, function mechanically and move. I think the background and intensions why someone comes to kinetic art are fundamentally different - and for this reason there are most probably no connecting points for me.

Minimalism, on the other hand, is different and I definitively feel connected with.

What do architecture and sculpture add to your perception of music? When it come to your approach to composing, are there techniques or approaches that lead to a kind of music that has more of a sculptural or architectural feeling? How do you work on the “sculptural” aspects of your music?

Architecture and sculpture in particular have a strong spatial component. Something that is in space, for instance as an object, or something defining and creating space, like a room. Both make space perceptible in their own way.

I think music functions very similarly here and also creates spaces, both in the sense of a sculpture in space, but also in the form of a space-creating architecture. The light, in turn, can produce different perspectives on an object or space itself. Light can also have a strong impact on the mood and atmosphere and our perception. This often reminds me of working with equalizers in which different perspectives of a complex sound structure can also be illuminated and made perceptible differently. It seems to me that all these elements are strongly connected and related in various directions.

My compositions deal precisely with these properties and I see them, even if they are not a touchable material, as sculptures and spaces, and in a certain sense as walkable architectures and rooms in which one can 'look around'. This is also one of the reasons why my compositions are laid out over long periods of time. They create spaces that one can enter, stay in for a while and leave again. There is no true beginning or end. 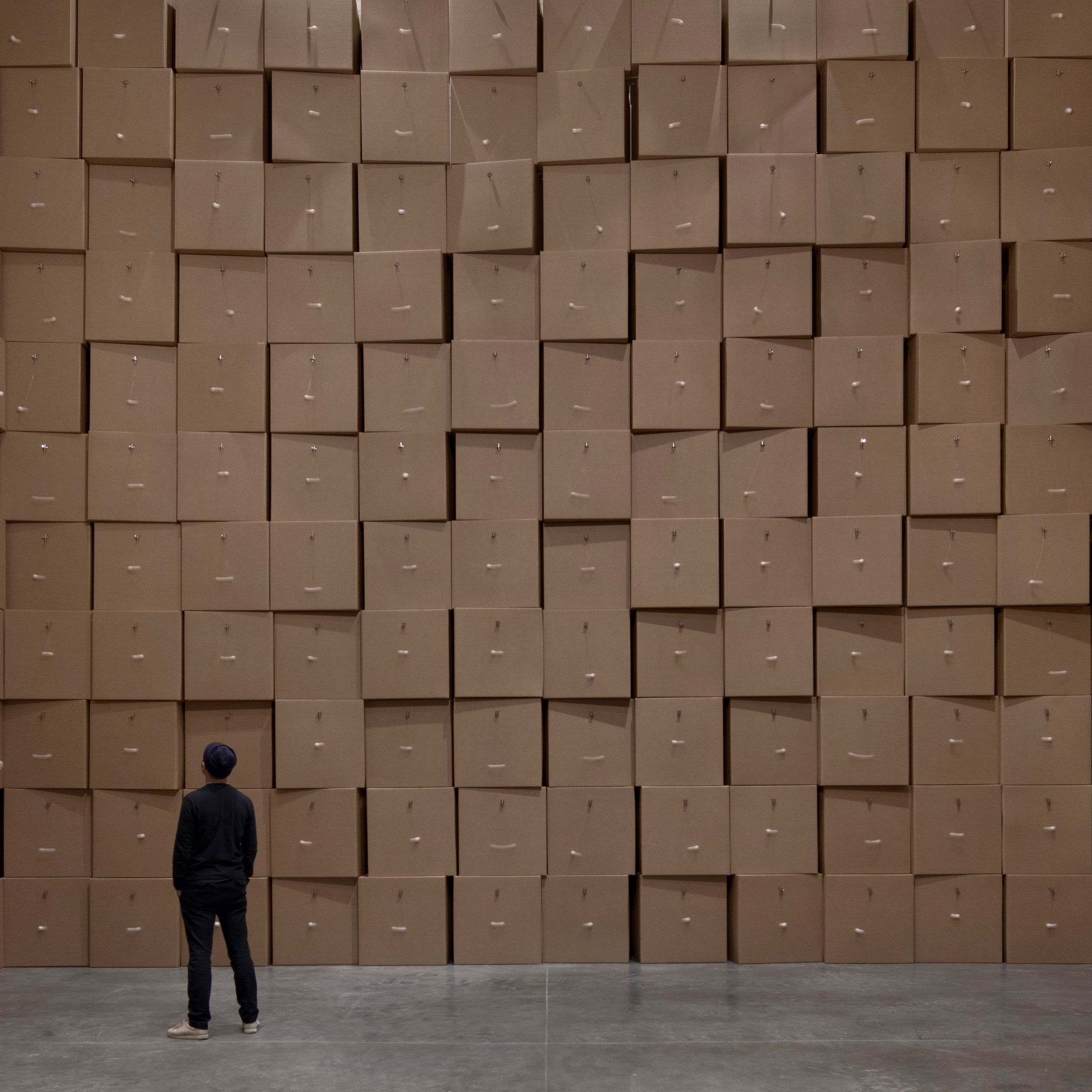 So my compositions are more states, structures and spaces, while other music often functions more like a story that is told from A to B.

Sculptures can project an image and convey messages, just like music can. As such, it is part of the storytelling process. What kinds of stories are being told, would you say?

In relation to my music, I think they are less stories than just descriptions of conditions or states. They only describe their state itself by being it somehow. But they do not tell a story about the state or its meaning.

This is also the case with my sound installations actually. They are turned on and that's it. I don't program them to develop over time. If they change over time it's either their material based behaviour - or our individual perception which starts to shift and get into new perspectives or discovers other details after a while.

What can sculptures express what music can not – and vice versa? How can they mutually enhance each other?

It is perhaps a fleetingness that music can capture, whereas a sculpture can have an unequivocally clear materiality. But both music and sculpture can also be inserted in such a way that this distinction does not apply or only applies to a quite limited extent.

To me they seem to be very similar in many ways, which differ mainly in that we perceive them with different sensory organs.

What are the sounds that you find yourself most drawn to?  Are there sounds you reject – if so, for what reasons?

I am looking for sounds that have a high complexity - for example sounds that are constantly changing and reshaping their microstructures without leaving their basic sound characteristics.

Sounds that never repeat themselves exactly are very inviting for me to listen to over long periods of time and to lose myself in. These are sounds which I basically find pleasant and fascinating. These are often rather microscopic sounds with a great variety of details. Sounds that integrate with other sounds and do not put themselves too strongly in the foreground. Often small sounds. This refers to the sounds I work with or the kind of sounds I generate and produce in my works.

There are also sounds that could also be very interesting, but I find unsuitable for my work. These are for instance hard and aggressive sounds, such as the crushing that occurs when pieces of iron rub against each other with a lot of force. Such sounds are too harsh and somehow painful to listen to, which is why I can't listen to them for very long and also won't lose myself in them. Only when I can completely lose myself in sounds does it seem possible for me to enter into their sound dimensions and universe.

This process takes time and therefore pleasant sounds are more suitable for me personally. Of course, it is a totally subjective matter what is perceived as pleasant and unpleasant.

Where do you find the sounds you're working with?

The sounds in my works are mostly created through experimentation. Most of the time these are sounds of materials.

Last year, for example, an album of mine entitled Various Vibrating Materials was published on Richard Chartier's LINE label. As the title suggests, in this composition I worked exclusively with vibrating materials, investigating and recording their sounds. They then formed the basis for the composition.

Or in my works just published on Lawrence English's label Room40, I have dealt exclusively with the sounds of guitars, which is why this series of works is called Guitar Studies.

As far as the sounds are concerned, I often work very thematically and focus on a particular theme within a work or series of works in order to deepen it. They are usually sonic investigations. This is also the case in my installations. In these, I usually limit myself to a single sound material or mechanism from which the sounds emerge through mechanical activation.

As creative goals and technical abilities change, so does the need for different tools of expression, from instruments via software tools and recording equipment. Can you describe this path for you personally starting from your first studio/first instruments and equipment? What motivated some of the choices you made in terms of instruments/tools/equipment over the years?

I'm actually not that driven by technology. For example, my mechanical installations have become simpler rather than more complicated over the years. I'm interested in working with the simplest or even very primitive means possible, which nevertheless allow great complexity to unfold and grow.

Thus, in some of my early works, microcontrollers or computers were used to control the mechanical elements, to program them. However, since I have a special interest in minimalist approaches and these are often connected with an immediacy and directness, my work began to develop away from this early on. This certainly also has to do with the fact that I want to 'let the materials work' themselves, as far as possible without intervening in these processes.

I therefore see my task more in the creation and development of these systems and their framework, but not in a subsequent control of these systems during their activated processes. They are for me rather a kind of organisms, which I then want to observe and study without 'programming' them.

When documenting these works, I then resort to technologies in the field of audio, photo and film recordings. Or even in the production of pure audio works, which I usually record in my own studio and partly also mix here. For this, technologies are totally useful and offer interesting possibilities. For instance much higher resolution.

Nevertheless, I would say that I am not really driven or directly inspired by technology in these areas either. Also, my technological knowledge always lags quite far behind the current possibilities, as this is not of great importance to me in terms of the creation of my works.

"I'm interested in working with the simplest or even very primitive means possible, which nevertheless allow great complexity to unfold and grow."