Malcolm Pardon about Death as a Companion

"These songs opened the door to my subconsciousness.“

If you enjoyed these thoughts by Malcolm Pardon, more information on him can be found on his Facebook, Soundcloud or Instagram pages.

Malcolm Pardon · Beneath The Surface

As a little child, I had a near-drowning experience. It felt peaceful at the timeand that was an early encounter with danger. However, as I have grown older I have become more and more concerned about aging and the process of life. Not that I have a fear of dying. It's more like I want to be able find the time for all the things I want to do before I enter the other realm. I don´t think it all ends with death. I's too simple of an ending isn’t it?

I went to see Bob Marley when I was maybe thirteen. It was one of my first concerts. I had just started to discover music on my own, and everything was new and exciting. I remember being at the concert and seeing maybe 10 -12 people on stage, but having a hard time trying to figure out how it all could sound so minimalistic.They all seemed to be playing the same thing, as one.It was totally mind-blowing at the time. Of course I didn’t know then, that this simplistic one-ness has come to be a lifelong goal in my approach towards creating music.

Since then, for me, music has been a constant companion and stays with you through the highs and the lows. It´s always present. Like a friend or a lover that never lets you down.

I find that I can always turn to music when in need. For some reason I alway find that getting in the car and playing music really loud clears the cobwebs. Just the other day, me and my daughter were in the car discussing how music can knock you out completely and then we got into discussing spiritual music and gospel music in general. We had a 30 minute drive in front of us, and I played her Aretha Franklin's Amazing Grace album from 1972. I could just see what an impact the music had on her as we sat there in silence for the rest of the journey.

My new album Hello Death started with just me messing about with some ideas on the piano on my own with no particular direction. For some time I just sat down every morning in the studio before dealing with  anything else like corresponding e-mails and such. This slowly graduated into a process which I missed when not having the opportunity, and I tried to steer myself toward this as much as possible … Just sitting there and not bringing to much into the processes was new to me, as normally every session has a purpose. A new and liberating world for me to enter.

I think that the concept of mortality kind of snuck into the process without me thinking about it too much. Possibly the solitarity of the sessions plus the openness and and not bothering too much about what came out of it actually opened the door for my subconsciousness to start letting feelings and ideas to surface unfiltered.

I do think that topics of life and death already played a role in my music before that.Maybe not so directly as with Hello Death. But for me, and for everyone else I guess, death is the one companion that walks with us from the day we’re born. Obviously when you get older you start to acknowledge this lifelong companion. When you are younger you just take life as it is, not really thinking about the fact that your days are numbered.

I come to terms with my own mortality by addressing it through the music and facing it in a way. It was kind of therapeutic for me, although that was not my intention from the offset. I guess just writing the songs on the topic was like having a session with a psychologist but without the hefty bills … I realized that this was obviously something that I had the need to vent, but in my case it came out like this.

I find it intriguing that the actual recording of a song stays forever, although that artist can be gone. There is this one track that Leonard Cohen released after he passed called ”Thanks for the Dance”. It's like an open letter to life from the other side as I see it. It's like hearing his last breath ... Music is definitely a crucial part of life or as Nietzsche said: ”Without music, life would be a mistake”.

A suitable track before passing would probably be ”You’re wondering Now ” by the Specials. It poses the question, but also sends me off dancing. At the funeral it would be ”Oh Death” by Ralph Stanley. It sums it up in good way I think. 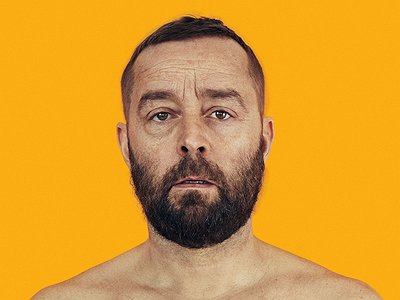